Note: this post was originally published for a university assignment. I was tasked to cover an enterprise I found interesting, and as a result — decided to write about the story behind the Asylum Seeker Resource Centre. You can view the original article here.

It first started as a TAFE project. Kon Karapanagiotidis was teaching a group of students about social welfare when he set them a challenge. In place of studying, they were to find a semester’s worth of community work placement so they could experience what it’s like to actually help people.

They came back to Kon without prospect, because they couldn’t find anywhere that would let all of them volunteer in such short notice. Kon had years of experience in volunteer work on his belt — and by chance, one of his colleagues had just recently opened a small grocery store.

And he decided to use it. 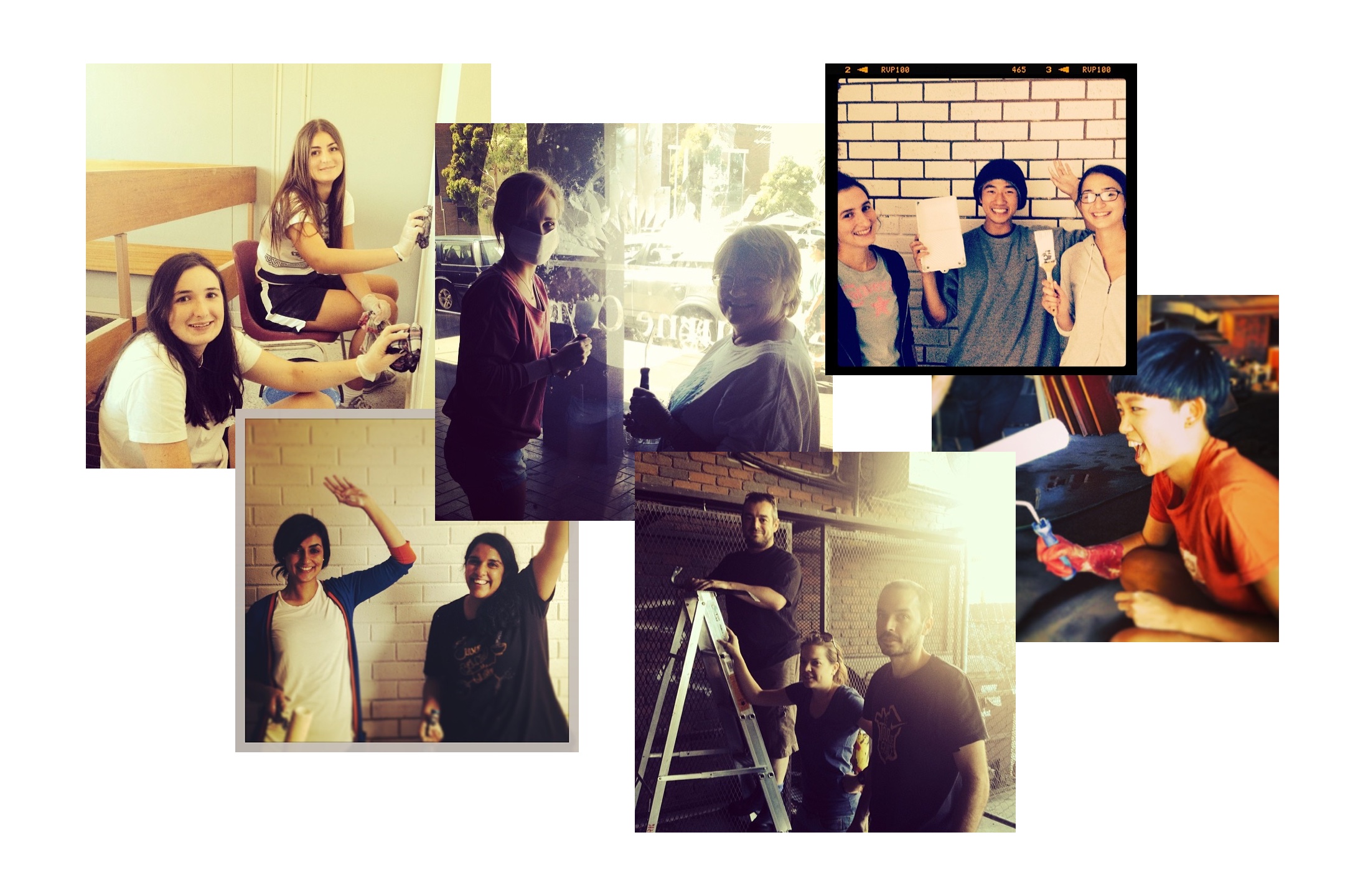 Kon asked his students if they were willing to start a social welfare organisation altogether — as a “class project”. He split his students into groups, and divided the work up in between them. They were to set up a not-for-profit food bank in the small grocery store by Nicholson Street in Footscray.

In just eight weeks after that, they laid the groundwork for what is The Asylum Seeker Resource Centre as it stands today. Kon and his students opened up Melbourne’s arms — welcoming refugees and young migrant families into the Australian community.

So, why refugees? The answer traces back to Kon’s childhood. Although he was born in Australia, he often felt excluded and racially discriminated. Because his family was one of the only few Greek migrants in a small town in regional Victoria, he was taunted for being different. 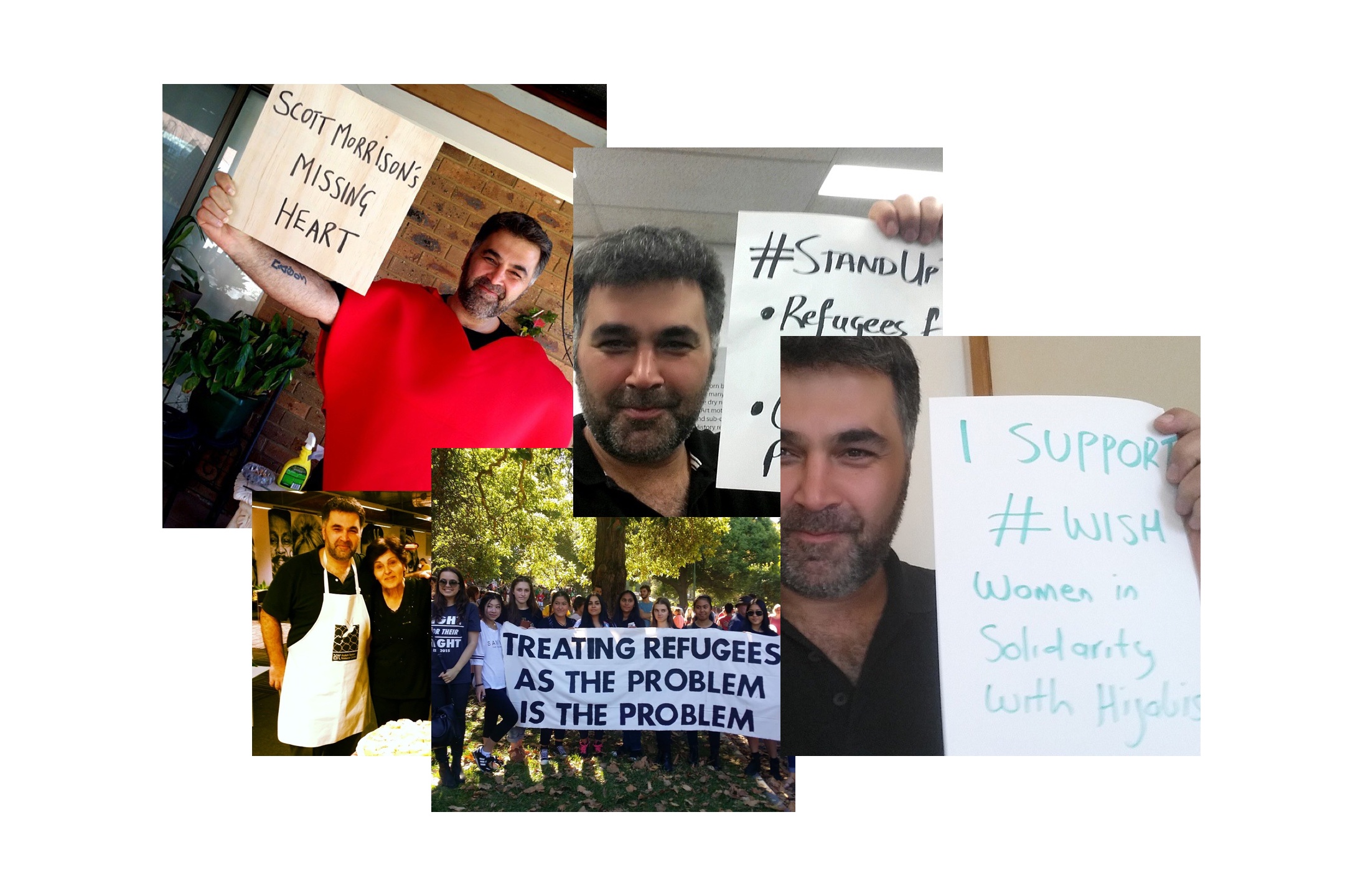 He saw this too in his parents: they were both overworked and taken advantage of as labourers. He didn’t grow up rich — so he invested his time in education, working his hardest not to let down his parents or their sacrifices. He eventually graduated to becoming a lawyer with a business degree under a scholarship.

Using his time and talent, he saw opportunity in volunteering. It was then when he started counselling for mental health services that he saw a problem in refugees. Most of the people that he had been helping were either tortured, forced to flee their country, and arriving to Australia living under the poverty line.

So that’s when Kon felt a deep empathy, and ignited his passion in helping refugees. It is because of his story and background that the ASRC is so successful today.

@Kon and his TED Talk about asylum seekers. A must-watch.

The Asylum Seeker Resource Centre’s (ASRC’s) mission and vision takes after Kon’s own. That is, to help and support refugees live independently, all the while upholding their human rights and educating the Australian public about asylum seekers.

Operating mainly as a not-for-profit, the ASRC is primarily funded through regular donations. Alongside that, most of the employees are either full-time or part-time volunteers — some of whom are ex-refugees and migrants. All in all, ASRC is wholly community-based, as a network of refugees and volunteers working hand-in-hand.

Because of this, the ASRC legally operates as an incorporated association. This means they’re entitled to run as any other business (that is, all their services are their own and non-managed by the Government). Unfortunately, because of this limitation, they’re only allowed to operate in Victoria. 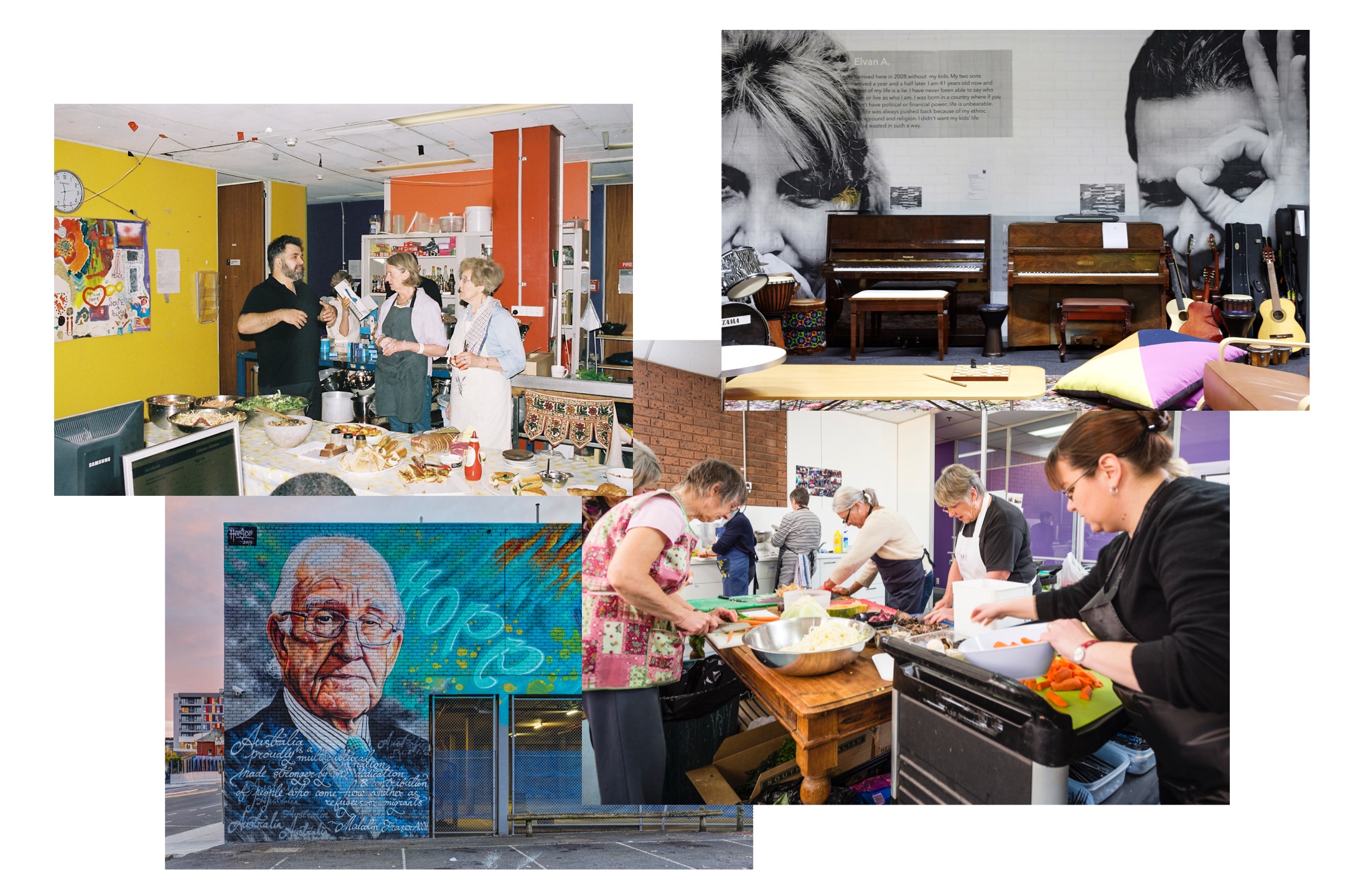 They have offices based in Footscray and, only recently, Dandenong, and anyone is free to walk in and request their services after signing up as a member. And like any other not-for-profit, the ASRC provides food, health services, legal services, employment & skills training, and even community fundraising events.

But what really sets the ASRC apart from other not-for-profits is their forward-thinking investments into tech and social enterprises. 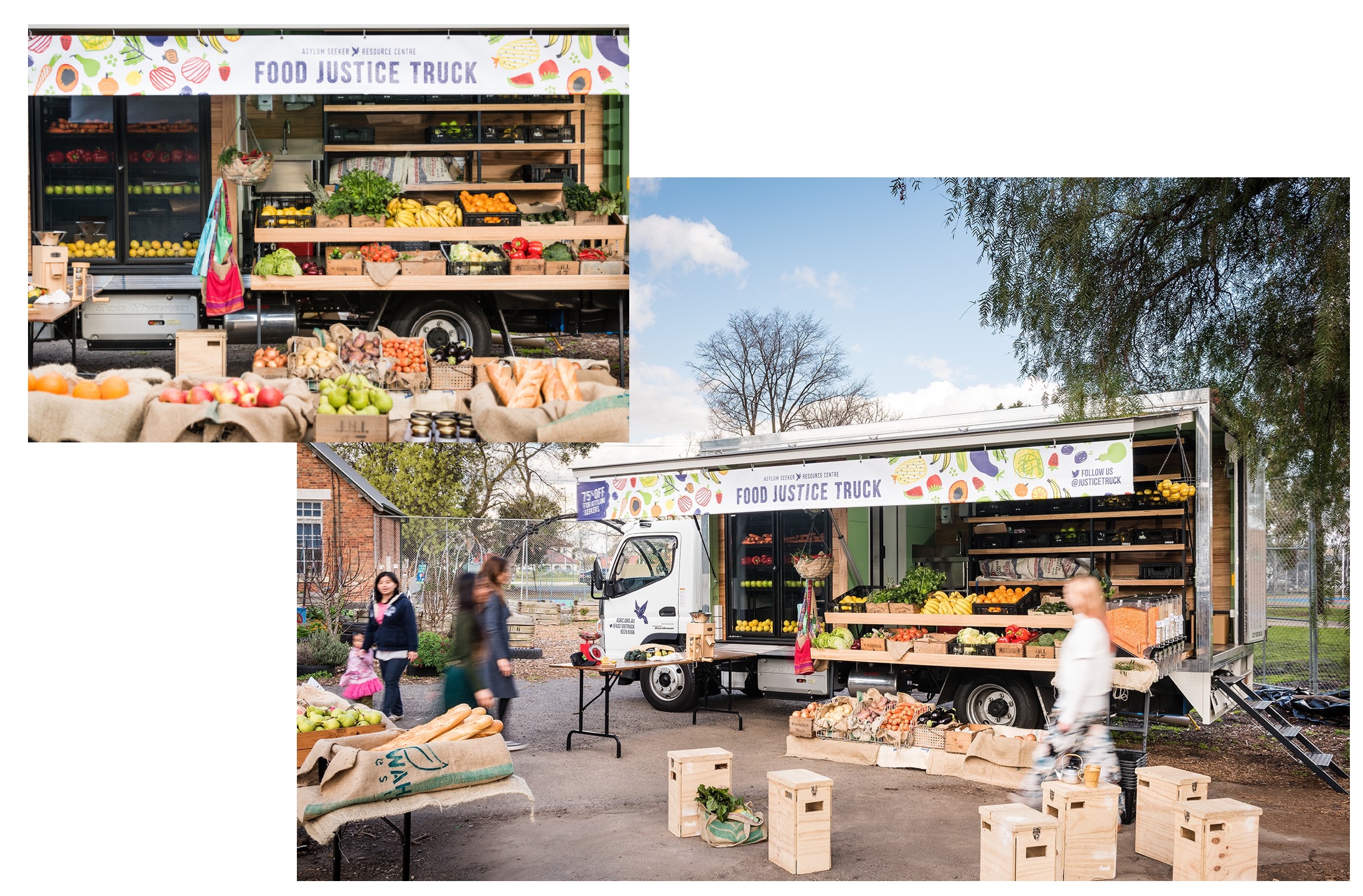 Only a few years into launching, the ASRC also offers a cleaning service, a catering business and a food truck staffed by volunteers and new refugees prospecting for work opportunities. The money earned through these services are “donated” to the working refugees, and the rest leftover is put back into the ASRC.

Besides social enterprises, the ASRC has recently launched an “innovation hub” in their Footscray office. The hackathon-esque space allows those new to the ASRC community to create or participate in projects set up by other members. It’s a bit like a think-tank geared towards finding solutions that will help all those seeking asylum in Victoria. I think it’s quite clever. 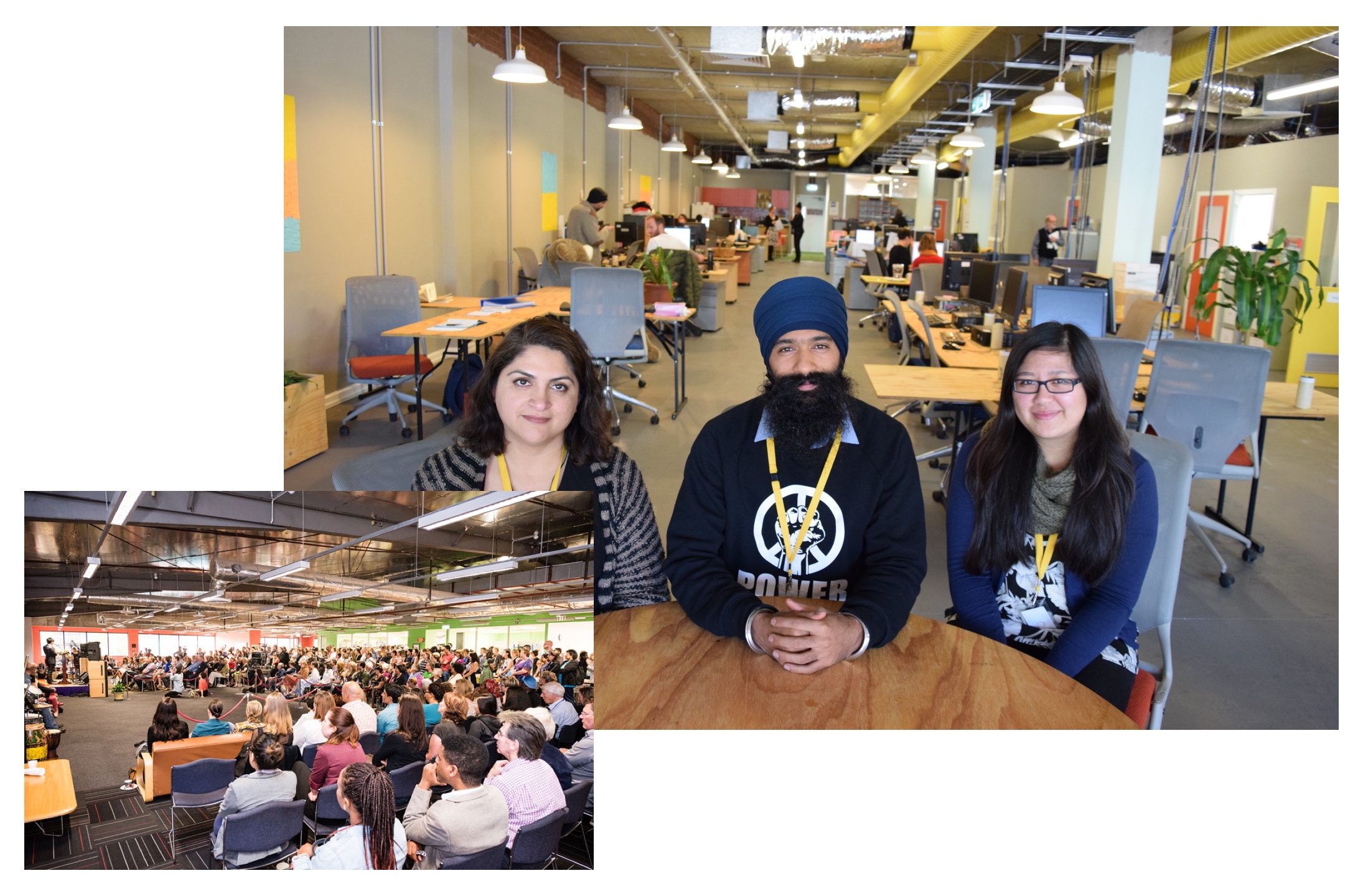 Because of this, there’s some opportunity for the ASRC to partner with innovation-enterprise-based organisations like Startup Victoria or even Blue Chilli. This could allow for refugees to tap into valuable resources like investors or even mentors — to form a creative collaboration that could possibly even solve problems for refugees around the world.

The ASRC has grown so much since its humble beginnings as a “class project”. Although it’s now one of Victoria’s largest, successful not-for-profit organisations, it is — to one Kon Karapanagiotidis — a symbol of hope for the asylum seekers in (and around) Australia.