What’s your most recent adventure? To further delve deep: what do you think defines an adventure? If anything, I’d like to argue and point out that an adventure shouldn’t be defined as a trip filled with personal illusions of grandeur — the epicness of a climb through the Himalayas, or a deep sea dive into the Marianas — no.

An adventure should be something that changes you, no matter what scale.

Mid-November — Sitting next to me, a man and his wife look through the arm-thick plastic pane, with the glow of a blinking wing-light pulsating over their faces, each filled with that of joy, excitement, nervousness and curiosity.

The same emotions can be said for my companions, a few of which have never flown before. Quoting documentaries from Discovery, reasurring each other, a first trip like this was going to be no match for the weeks that will follow them. I sit back with the warm, nostalgic feeling of arriving home as my seat thrusts back with me as I depart. 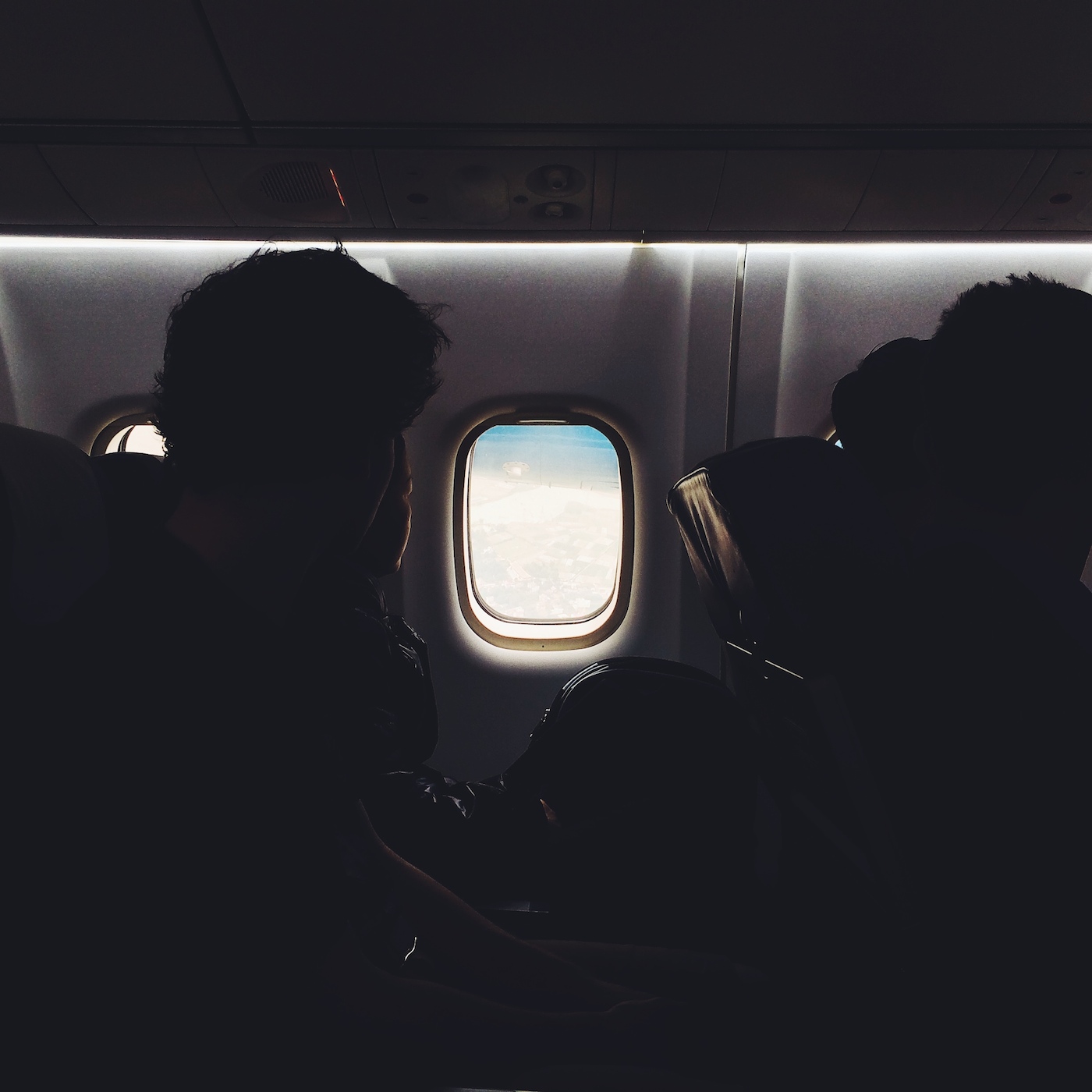 But things were not like home, I found out later. Although the humidity and heat fared my expectation, it didn’t for my colleagues. About them: there were 13 of us, myself included. A group of 10 young adults, accompanied by three of the much wiser kind; one of which represented our reason for the trip (but more on that later).

Late afternoon, Hanoi: smog filled the streets, motorcycles filled the streets, people filled the streets, the city screamed of the most stereotypical features of Asian cities. For my colleagues, a true first for them, however, having been raised in one, the city presented no surprise. During the first two days of this trip, we wandered around, exploring and experiencing the sights, smells and the sound. We grew comfortable of the place, strangely enough. 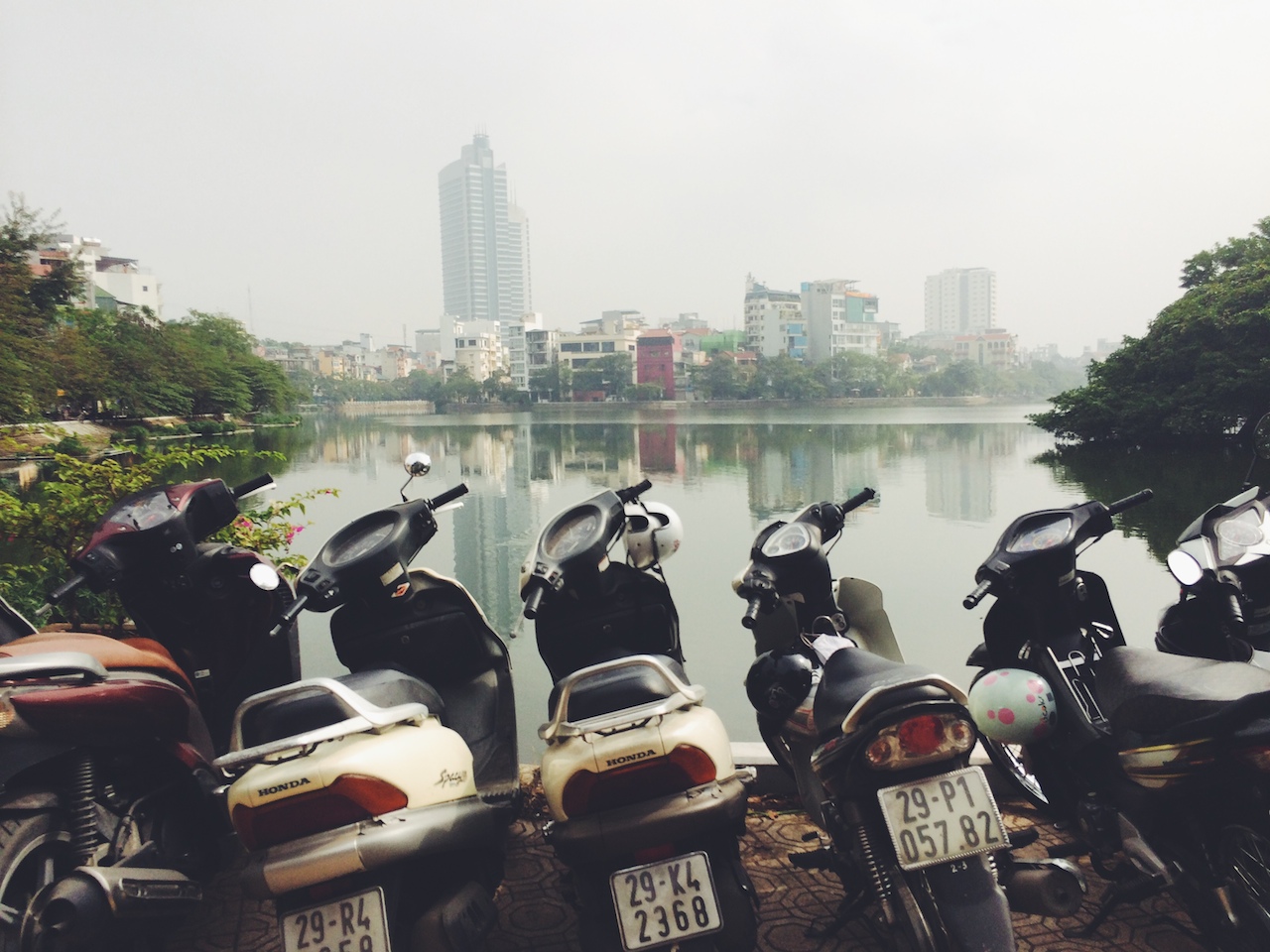 On the third day, departing Hanoi was one of the first of our woes, until we flew again. Unlike the domesticated, well-kept carriages we were so used to traversing with, our humble little plane was indeed, a humble, little plane. Take-off was a rickety stage show of shaking chairs, and rattling glass windows, and our landing was an encore plus a few ballet-dancing luggages. The flight however, was rather blissful — being not so high up over the clouds, merely soaring over the deep green fields of Vietnam, it truly was flying.

Our destination was a little province just shy of the border between northern Vietnam and Cambodia. Dien Bien Phu — apparently the last battleground between the French and the country’s ethnics, of which its isolated, little museum featured a bomb crater the size of the plane we just flew in. But that’s not what we were there for, in the week that will come — something far more, with that of a much greater impact. 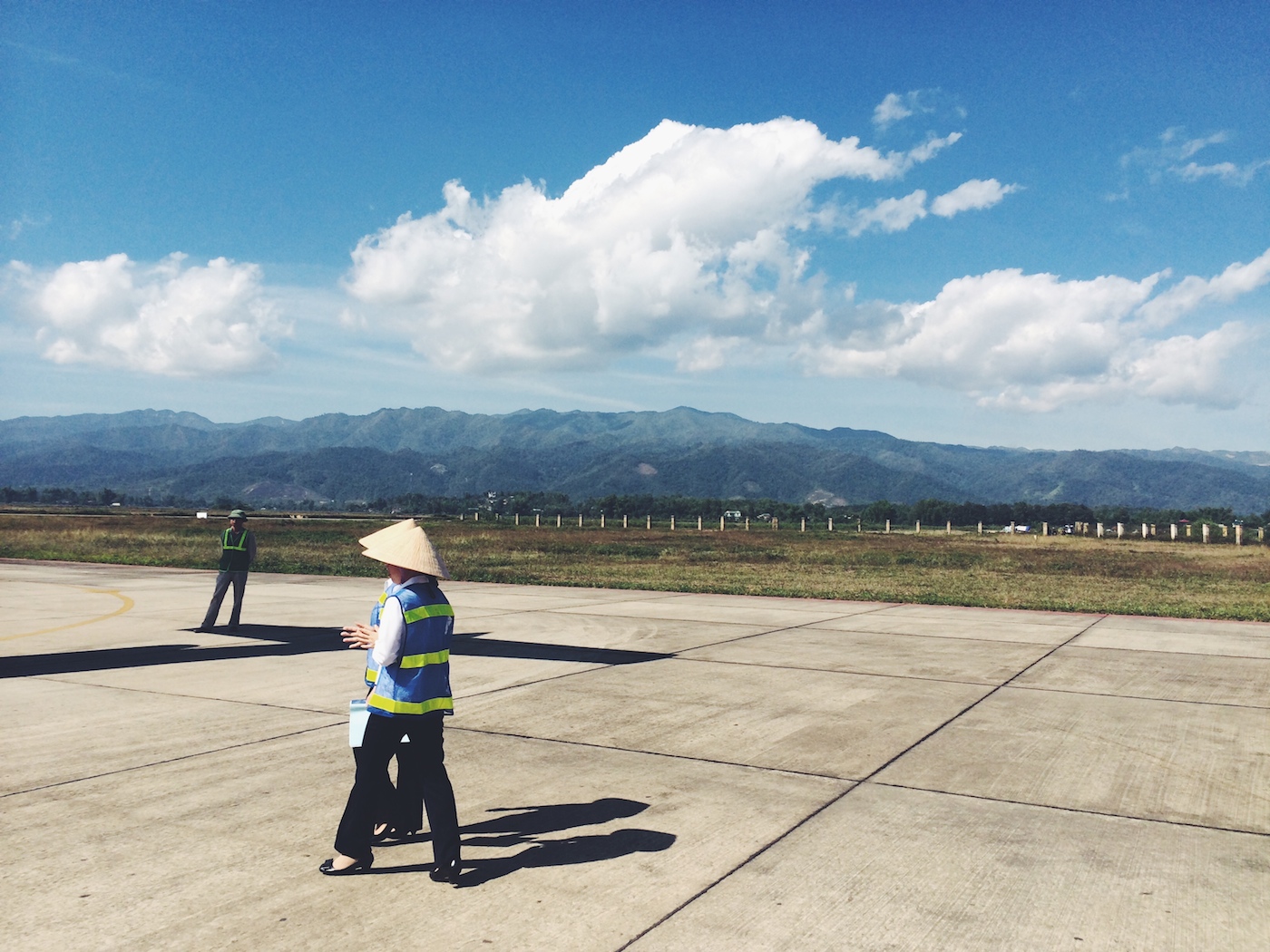 After celebrating a little lunch of our arrival (moreso our survival) we drove through the mountainous regions of Dien Bien Phu. A three-hour drive, it took, and in those three hours, three stages of road.

At first, the streets were filled with half-built houses, small merchandise stores and tiny storefront groceries that reminded me of the streets I grew up in. Definitely different compared to the streets of Hanoi. The next hour featured an empty, winding road, our car oscillated between the jungle-filled mountainside and long, seemingly bottomless cliffs. Higher up we went, and into the third hour, we ran out of road. Our trusty steeds (4 four-wheel drives) made way through the plain, muddy rock of the mountain tops. Indeed, a real horseback ride, it seemed.

Upon arrival, we were greeted by little houses, built of wood, rock and mud, and each so isolated, the place felt less like the sprawl we were so used to living in. Our destination however, played an irony as we drove into a small strip of concrete blocks, seemingly like the houses and mini-groceries from the early hours of our drive. And that’s when we finally arrived, at World Vision’s most northern office in Vietnam.

Our trip had one mission: to experience Vietnam through World Vision. Although specific, it felt rather vague to us — we didn’t know what were to do there. Specifically, we didn’t know what were going to get done there. We then found out a few days in, that we were just visiting the kindergartens of the region, to entertain some of the young children and to donate half the luggage we brought with us (sports equipment and a few other items). But actually, that’s not the real reason we were there for. 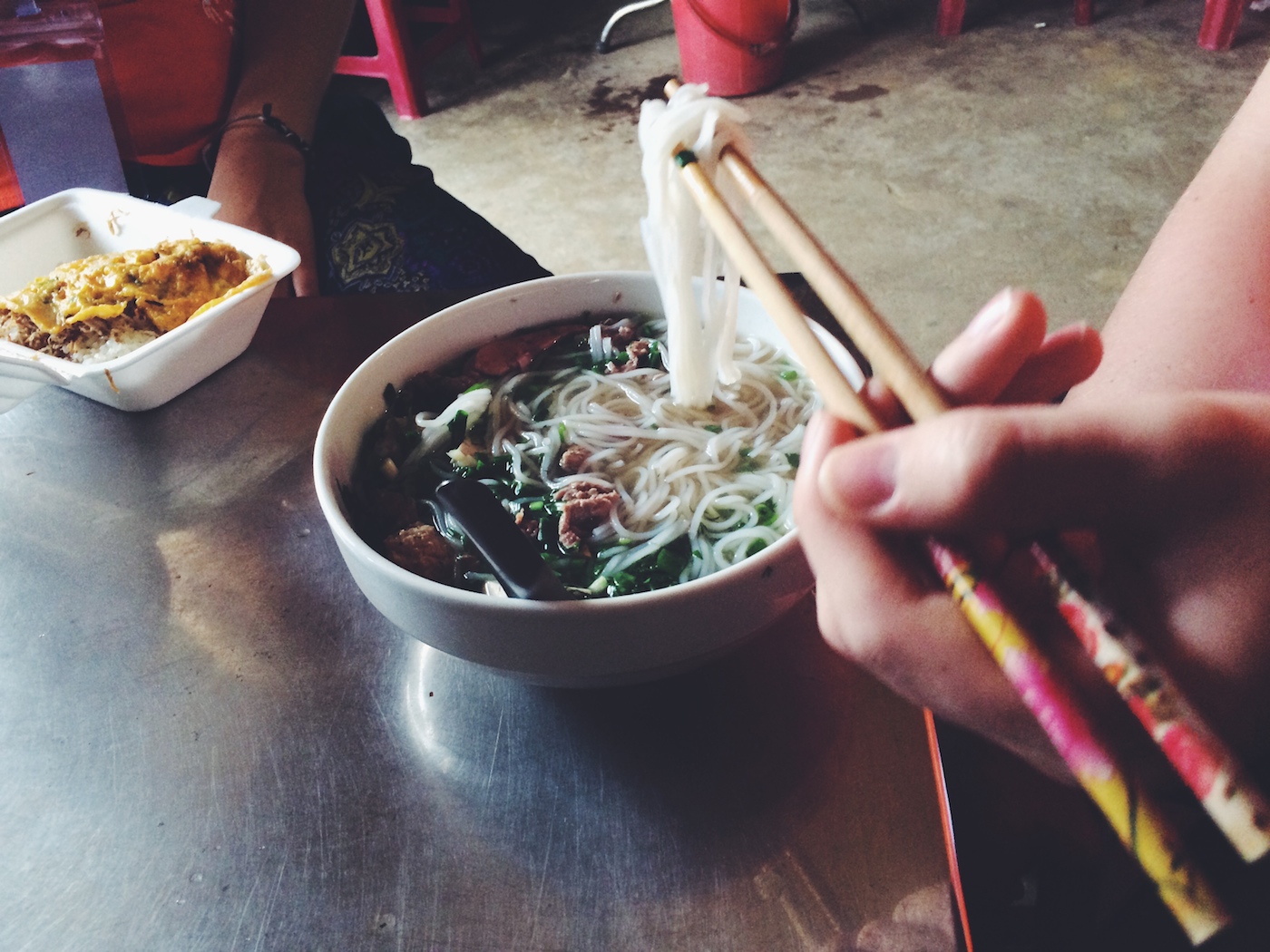 During our kindergarten visits, along came with us the staff of World Vision Vietnam. They were all Vietnamese, and I later discovered that a large majority of all work is done by the locals themselves — this I learned through the inquisitive, staring eyes of the locals as we walked through the province; they’d never seen the caucasian kind before. It was as if someone had played an odious role-reversal; we went from the watchers, to the watched. A rush of awkwardness was always felt whenever a conversation or a simple gesture of a greeting was made.

Although it required more than three translators to convert and converse in a half-decent, broken English, the staff were quite friendly, however. I later found out that the staff were all volunteering for the charity work done through World Vision — the money sent in by us rich first-world folk don’t ever land their payrolls. Instead, I learned, that the donations sent go through to the development of the area. 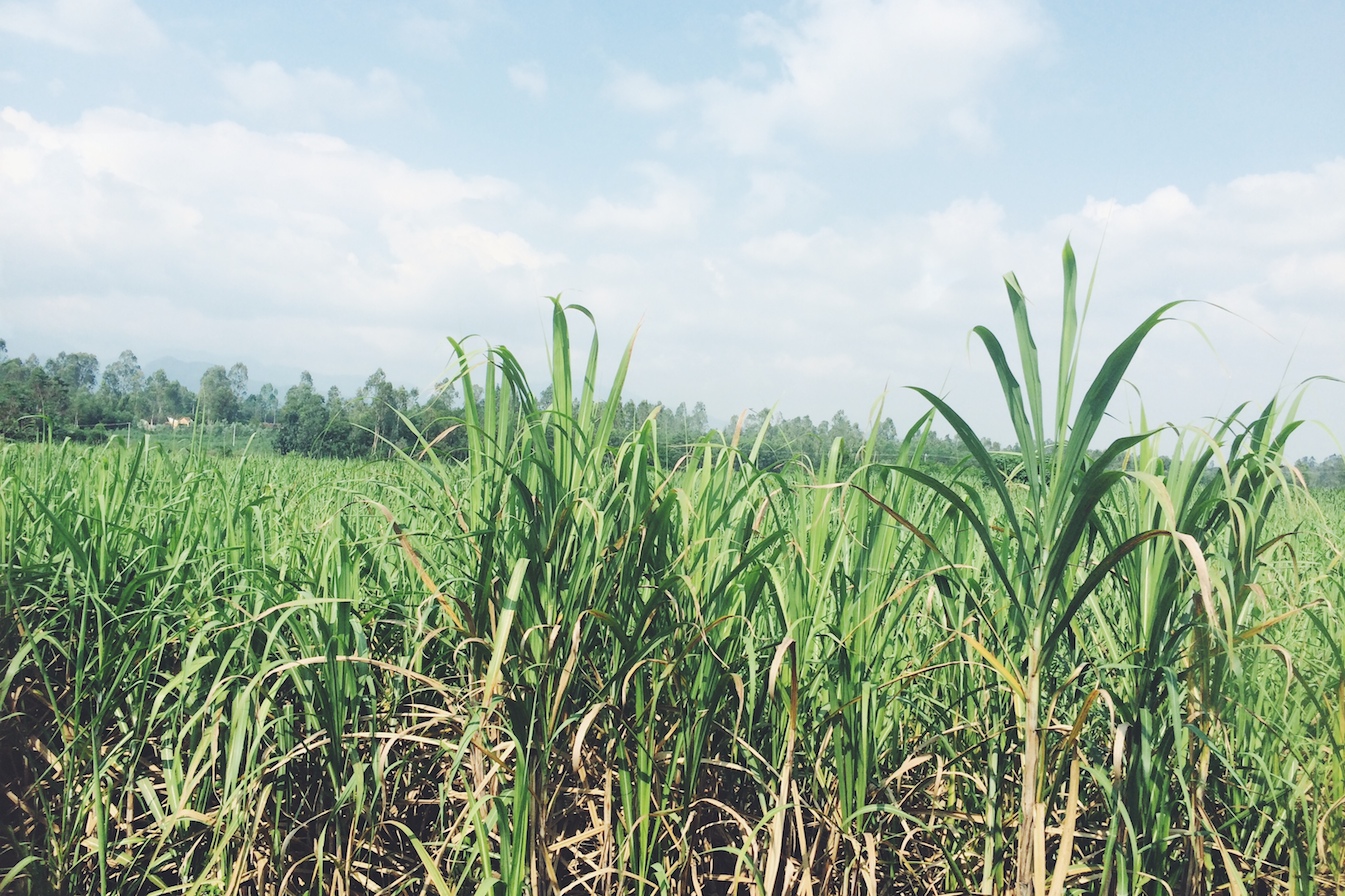 And that’s how I learned the true meaning of a donation. I was so used to the term I grew up with that I restricted myself in this single-sided view that the money sent in was just given to each of the locals — no. Donations sent through World Vision land the payrolls of local industries, and the merchandise used — concrete, plumbing, animals and seeds — lead to the development of the land; to reduce poverty.

They told me that World Vision lives by the saying that, “If you give a man fish, you feed him for a day, but if you teach him how to fish, he will never go hungry.” — and that’s what they’ve been doing for the past couple of years.

During the last of our visits, I met the staff’s photographer. He was unlike any photographer I’ve ever met, where, unlike the casual photographer I’ve been accustomed to seeing (imagine: a half-crouched man leaning over to take that perfect shot) this man was the first I’ve seen walk over to the people he took a photo of, and share that moment with them.

Smile, he always said, and did so whenever he took a shot. This was a man who was passionate of his work — not the photography, but of his work to make people happy. “What’s the point of taking photos if you’re not there to show them and make people smile?” he told me in his half-decent English. The moment he told me that, I shed a small tear of joy. That was the most genuine heartfelt learning I’ve ever experienced.

On the last day of our visit, we passed a couple of kindergartens before our three-hour departure, and to keep things lightweight during our travel, we gave out all our donations to the last couple of schools. I even got the chance to give my sunglasses to one of our sponsor children of that school. 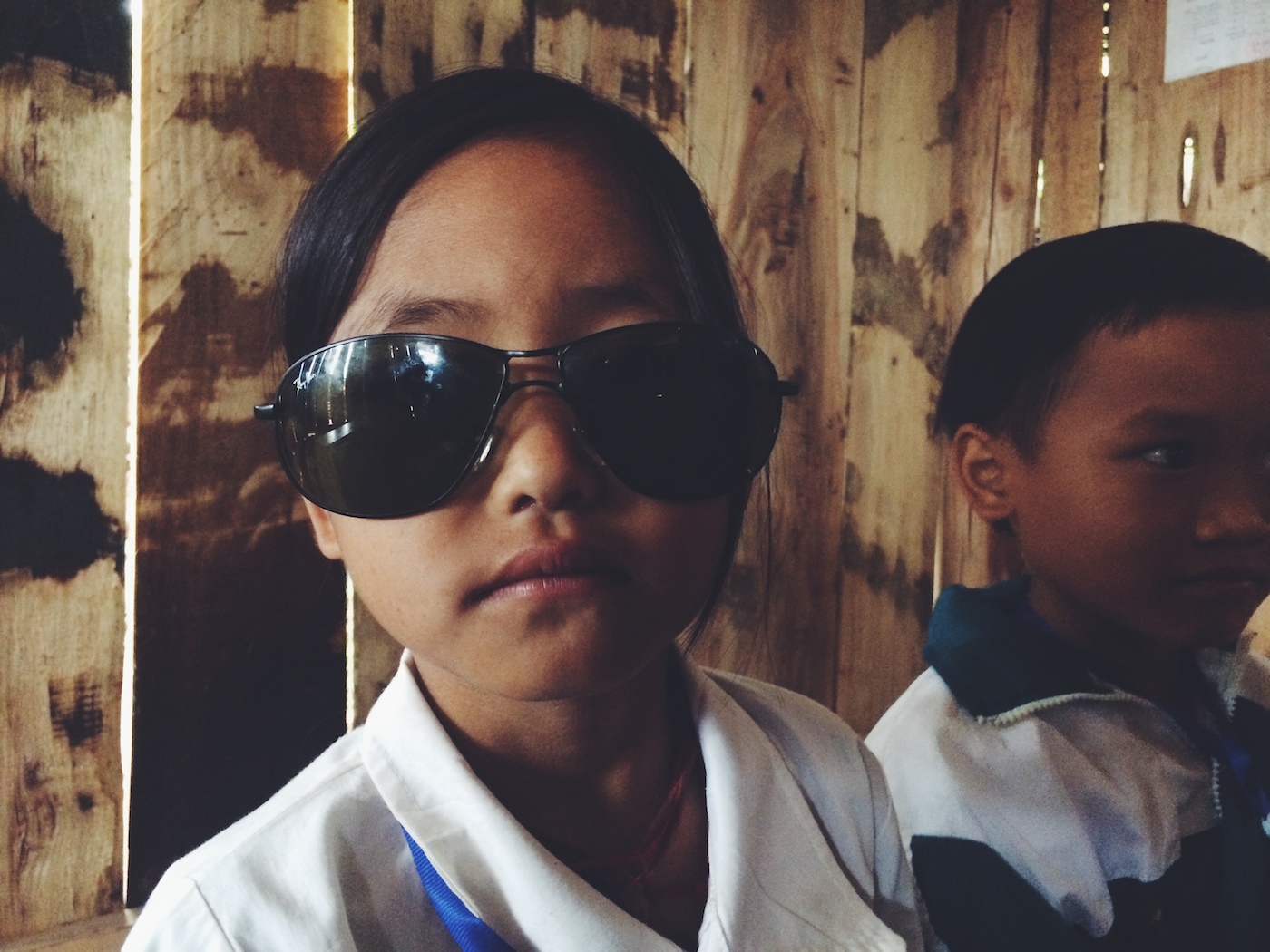 However, we were unexpectedly taken to another kindergarten before we took off. We were taken into a small classroom, and inside were a small number of kindergarteners waiting. We were told that the children here were all potential sponsor children — each of which still waiting until someone changes their mind back at our home. They knew we were coming to meet them, as each of the children carried a small bag with them. And those bags, they later gave us, were gifts for each one of us.

As they did, we realised we literally had nothing to give. Our hearts melted as they gave us what they had. Even worse — the fact that we knew each one of them had no expense to give anything, made almost all of us swell in tears.

That was when we realised what we were actually there for. We were to see this experience; to have our heartstrings pulled, to be humbled and to be touched. On our seemingly long drive back, we each sat quiet, reflecting on the past few days, moreso, the few moments that just passed. Each of us had an inception: we didn’t want to leave just like that. We wanted to change the way people thought about things like this. We wanted to change.

As I write this months later, now reflecting on that singular purpose I took with me, I realised how much I was different before. I remember the old me — materialistic, self-centered — and to be incredibly humbled after such an experience. It was an adventure.

What’s your next adventure?